The original 100% Whey Hydro Isolate was a supplement that had already been reviewed (and criticized) on here on the website, but now there is a new version.

It's called the Sport Series and promises to be an improved version over the original formula.

We are not going to go into too much in the description of the supplement, we already did it in the original version, and once again this product tries to position itself as a top Hydrolyzed Whey supplement, it is within this context that we will analyze it.

“The purest and most advanced hydrolyzed Whey Protein Isolate.”

This is the phrase you find on the product packaging, so it must be true.

Meetings on here the official list of ingredients used.

Once again there is an array of ingredients called iXPB – Isolated Peptide Fusion, with names capable of intimidating the most experienced gym athlete.

Fortunately, just drop down a bit and look at the list of ingredients to see what it really is about.

IXPB is a combination of several proteins and amino acids, where the main source of protein is Whey Isolate, followed by Concentrated Whey, and only finally we have Hydrolyzed Whey.

No, Whey Hydro Isolate SS is not a Hydrolyzed Whey supplement, at least not exclusively, since it is one of the 3 that has the lowest use.

If the matrix remains here, it would be similar to that found in the Optimum Nutrition supplement, Whey Gold Standard.

In addition to these three sources of protein, we also have BCAA's and Glutamine in the iXPB call.

Followed by this matrix, a very curious ingredient appears that you have probably heard of, called Creatine Monohydrate.

The reason for curiosity will be explained below in the nutritional table, but it is not included in the iXPB.

Then we have aromas, thickeners, vitamins, minerals and digestive enzymes.

Nothing dramatic, although vitamins, minerals and digestive enzymes are always welcome, and thanks for that, Xcore.

You will find the complete official nutritional table on here.

As you can see from the table, the percentage of total protein in this supplement is an incredible 90.32%.

If you notice, the percentage of protein is exactly the same as the so-called Fusion of Isolated Peptides, and this is where the problem of the new version of Whey Hydro Isolate is born.

If you remember correctly, this matrix is made up of a few amino acids, but the three main ingredients are isolated, concentrated and hydrolyzed Whey.

Isolated and hydrolyzed Whey, however pure they may be, hardly reach 100% of concentration either.

So, how is it possible to have 90% of protein, when the fusion of isolated peptides, the protein source of this supplement, fails to provide it?

The protein and amino acid matrix of this supplement corresponds exactly to the number of proteins in the nutritional table, but if you notice, Creatine is not included in this matrix, allowing the percentage of protein to rise (very) slightly.

That is, while in the original version Xcore Nutrition used Glycine to increase the protein content of the supplement, here it chose to leave out Glycine and use the famous Creatine.

Glycine appears in the aminogram, Creatine does not.

Imagine you bought a 2 liter bottle of Coca Cola.

You drank a glass and now you only had 1.8 liters of the drink.

You decided to pour 200 ml of water into the bottle, and in practice, you were left with 2 liters of Coca Cola again, after all, water is part of the Coca Cola composition.

But, it was a little different, wasn't it?

If you notice the product description, while there are several references and highlights for the addition of BCAA's, Glutamine, Vitamins and digestive Enzymes, references to Creatine are scarce, and there is not a single emphasis on the use of this ingredient.

To make matters worse, the amount of Creatine used in this product is not revealed.

Meetings on here the complete aminogram for the strawberry flavor per 100g of protein.

We are not going to do the typical aminogram analysis simply because we don't have reliable values to do so, but here are the supposed values.

The brand highlights 27g of BCAA's per 100g, but the aminogram does not agree.

According to the aminogram present in the official site, the value per 100g is 21,92%, although it is the chocolate flavor that contains slightly less protein.

In the case of strawberry flavor, calculated for 100g of supplement through the aminogram, it gives a value of 23,12%.

Is this the real value?

The values shown are those practiced by the Prozis store at the date of the analysis, and for this reason, they are always subject to change.

This supplement is available in three formats, but we only evaluated the price of two, since the other is in small individual sachets.

Is it a good price?

It is very similar to the price presented by Optimum Nutrition in its famous supplement Whey Gold Standard, considered of quality but expensive.

If you really want to buy an Isolated Whey, you have so much in your Real Whey Isolated as in Impact Whey Isolate two alternatives of much better quality, and as if that were not enough, cheaper.

Creatine Monohydrate is probably the most effective supplement to increase muscle mass, and if that's what you're looking for, it's an excellent bet to include in your supplement.

The problem is that it is not a complete protein, and when it is included in protein supplements, it can transform a 70% Whey into 90%, or other values.

The 100% Whey Hydro Isolate Sport Series from Xcore Nutrition, as in the original version, proclaims itself as a fantastic supplement of hydrolyzed isolated protein, the most advanced even.

It is a non-transparent supplement, and one thing is certain, it is not a 100% Hydrolyzed Whey and does not have 90% of complete protein.

On the other hand, and despite all this, it is not exactly a bad protein, but it is also far from good, especially considering the price.

This means that it is probably a protein around 75-80% of concentration, with Isolated Whey as the main source, followed by the concentrated and finally, the hydrolyzed one.

Good sources of protein with a theoretically reasonable concentration, only.

For less than half the price you get proteins with the same amount of protein (complete), and you even have exclusively isolated proteins for a lower price than Whey Hydro Isolate SS.

Have you used it?

Leave your opinion in the comments below. 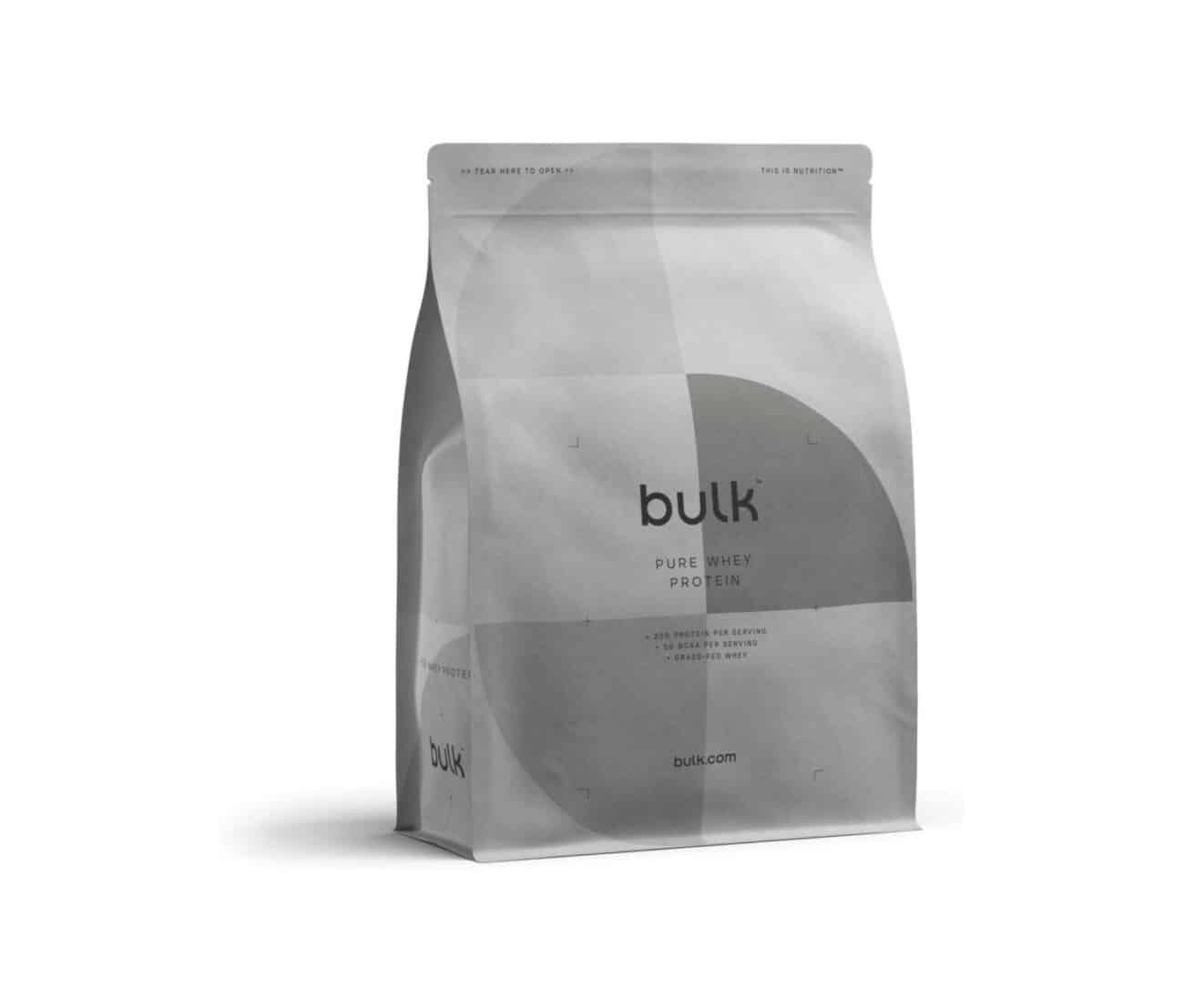 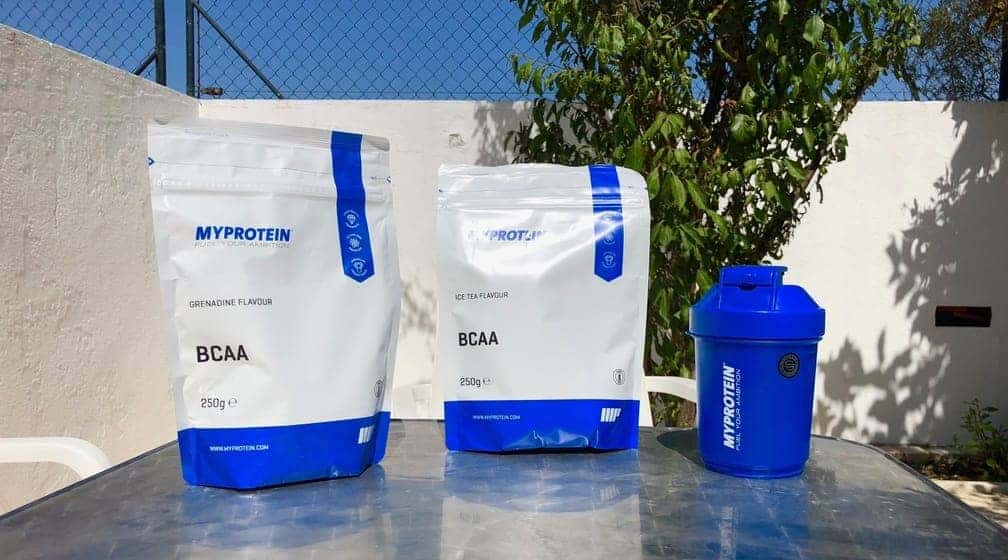