Bob the Fake Skinny. The solution to an effective approach.

Generally, when people decide to join the gym and change their current status, they have one of the following goals in mind:

No one ever approached me saying: ?I'm going to join the gym, start following a more balanced diet, to maintain my current condition?.

I am not saying that there are no such people, but it is very unlikely.

Usually, after the first week of attending the gym, the goal is common:

The probability of achieving both at the same time, called body recomposition, depends on the size of the calorie deficit, the % of body fat and the training experience.

In this regard, the following must be emphasized:

Basically, it can be said that the fatter the person is and the more inexperienced, the greater the probability of achieving both goals simultaneously.

However, and looking at the objectives mentioned above, it is indisputable that in order to optimize any process of change in body aesthetics, caloric deficits in the fat loss phase must be larger in size, than the caloric surplus in a mass gain phase. muscular.

How much weight can you lose per week?

In theory there is a limit of fat that can be lost per day.

If we exceed that limit, we increase the chances of losing muscle mass.

As previously mentioned, the more fat a person has, the greater the weekly / monthly loss can be.

Below, I present a general guide for the common population:

Based on the table made by Alan Aragon.

This table is just an example, in which each person reacts differently to the stimuli and adjustments made in the diet and in training.

Still, it serves as a guide for them to assume realistic expectations, even if their body weight is not enough to assess progress.

Isn't it strange, someone considered ?normal? achieve, with a structured plan, in 2-3 months, to present a more muscular body, dropping 5-6 points of % of body fat over that same time.

Exception made for people who want to go on a 'short' fat loss diet, possibly in the middle of a weight gain phase. This specific case usually lasts between 2-6 weeks with larger deficits.

The 3 rules of Bulk

There are basically three possible choices in a muscle gain phase:

All are legitimate, each with its pros and cons.

It is technically possible to gain muscle mass without gaining fat.

However, one must be aware that the amount of gains may not be being maximized, without having a sufficient caloric surplus.

If they want to grow to the most efficient level possible, they have to accept some fat gain.

It is here that normally that person with more fat, and less muscle mass, has difficulty in defining one of his priorities, that is, if he will embark in bulk to gain muscle mass, or go on to lose fat, eventually feeling become too skinny.

If the option is to gain muscle mass, the following table serves as an indication:

Based on the muscle mass gains chart made by Lyle Mcdonald.

My best rule is to keep fat gains under control, in order to remove excess fat faster and more easily, in a later fat loss phase.

A 1: 1 ratio of muscle mass to fat is perfectly realistic for most people.

In the guide in the table above, if you are a beginner / intermediate who tries to gain about 1kg of muscle per month, with a ratio of 1: 1 it means that you should aim for approximately 2kg per month. 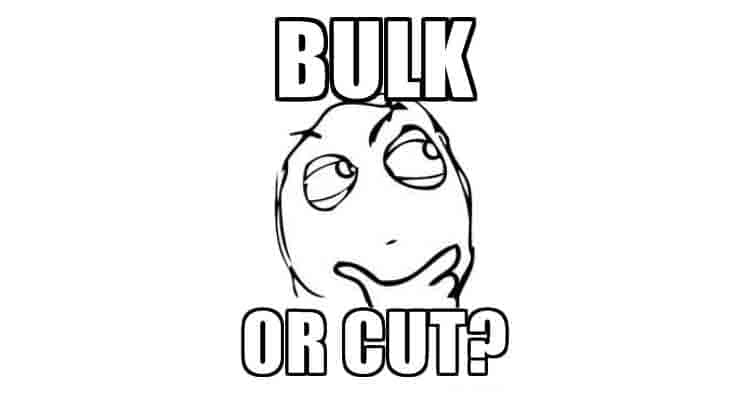 Using the rules defined and described throughout this article, we can conclude a few things:

Let's apply the example to an athlete, better known as Bob, ?The Bodybuilder?.

Bob has 80kg of body weight and has several options, of which I highlight:

Bob, in addition to the 80kg, has about 15% of body fat and some training experience.

Imagining that Bob chooses Option 1 and decides to gain about 500g of weight per month, let's assume it's 100% muscle mass:

As you can see, despite the gains in muscle mass, the differences in fat % are few or none.

In addition, it assumes that the person is able to gain 500g of muscle mass during the four months, without any fat, which is rare.

Now assuming that Bob had chosen Option 2, he decides to spend the same months losing fat and maintaining all muscle mass, aiming for a greater initial loss:

This scenario also idealizes that no muscle mass is lost.

Still, it shows the difference in the variation of the % of fat, in the various approaches, and can help to give some idea of how to plan them.

In short, we see that in Option 1, Bob would lose only 0.3% of fat and was not even optimizing muscle mass gain, for fear of gaining fat.

At Option 2, at the end of the same period of time, Bob reduced about 4.5% of fat, leaving him with envious abs! (the example is mine, I can make Bob the hottie of Torre beach).

Just as training periodization is more and more common, learn to periodize your nutrition as well.

If you want to see major visual changes in your body, these are always more visible after the stages of fat loss.

Growing up and getting drier is a very uncommon task for so-called 'normal' people.

Be objective, coherent and persistent.

The inframed flowchart also gives an idea of how these phases can be planned:

[author image=”https://ginasiovirtual.com/wp-content/uploads/2016/01/logo-sik.jpg” ]Team Sik Nutrition, is a recent group of people passionate about the world of Fitness. The Team's focus is to guide, educate and motivate those interested in achieving their health and fitness/performance goals. All this sharing is based on scientific facts and the experience of the Team members. 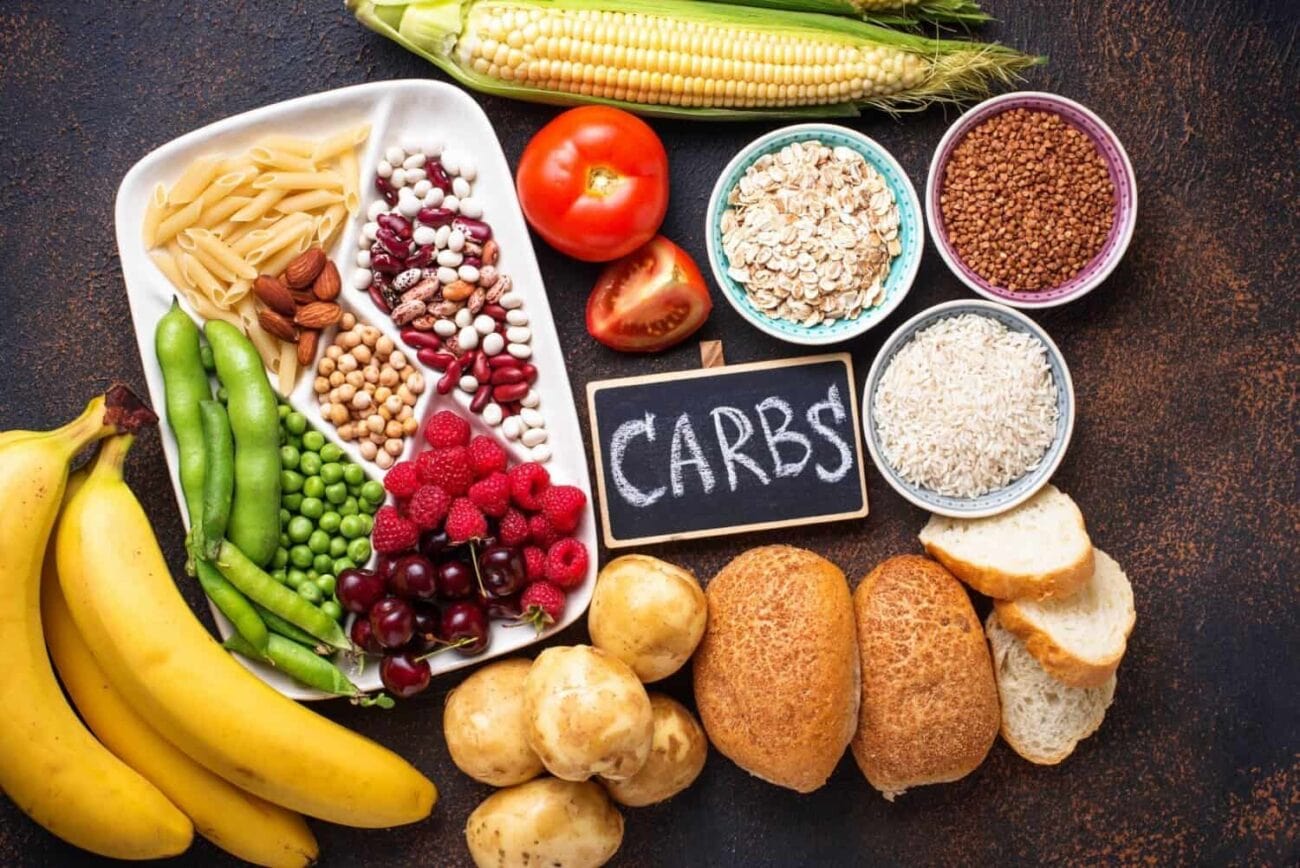 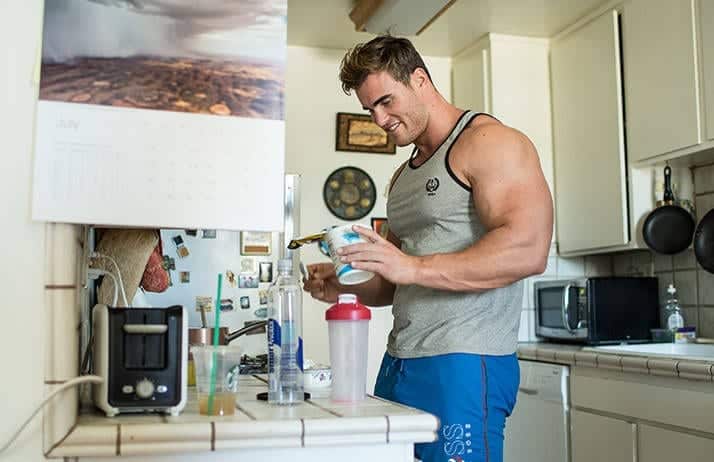