A complete guide to Beta-Alanine

Contents hide
1) What is Beta-Alanine?
two) So, how do we increase Carnosine levels?
3) Benefits of Beta-Alanine
4) But does it work?
5) Studies and Beta Alanine
6) Where to buy Beta-Alanine?
7) How to take Beta-Alanine?
8) Conclusion

If you use or have already used any pre-workout supplement, this name is probably not strange to you, as the Beta-Alanine it is more and more usual presence in this type of products.

Theoretically, you get more muscular endurance, more strength and an improvement in your body composition with this supplement, but? is it true?

Find out in this article.

Carnosine is an amino acid that, by attenuating the increase in acidity in the muscles, allows them to exercise for longer, especially in short/medium duration and medium/high intensity activities, such as hypertrophy training.

In practice, by increasing the reserves of Carnosine, we get, for example, one or two more repetitions in the bench press, or if you are a fan of HIIT training, greater tolerance to the sprint phase (and consequently better performance).

So, how do we increase Carnosine levels?

Yes, it is possible to increase Carnosine levels by supplementing the amino acid itself.

But?it's not the most effective way.

Muscle cells cannot effectively absorb Carnosine, therefore, Carnosine which is a ?combination? of Beta-Alanine and L-Histidine, is transformed into these two precursors to be able to enter muscle cells, and be synthesized into Carnosine within the muscle.

The most effective way to increase Carnosine levels within the muscle (where we need it) is through Beta-Alanine supplementation, which upon entering muscle cells is synthesized into?Carnosine!

and oral supplementation of Beta-Alanine is really effective in this task. 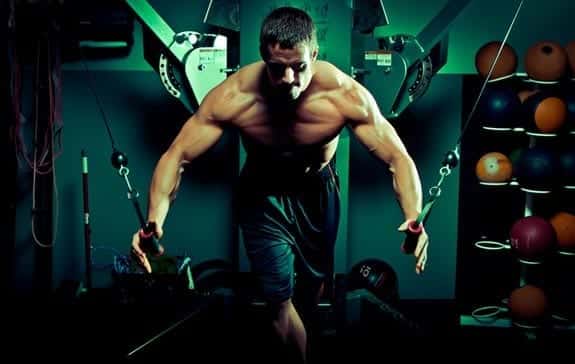 The main benefits of this supplement are:

But does it work?

Yes, it appears to be effective in several contexts, but not in all.

You greatest benefits occur mainly in moderate / intense intensity activities, with a duration of between 60 to 240 seconds.

That is, if you are a strength athlete and / or train with low repetitions (less than 8), it is possible that Beta-Alanine is not the right supplement for you.

Now, if you use eight or more repetitions per set, or if you’re a fan of superseries, Beta-Alanine can help.

O HIIT training is another example where this supplement works.

Beta-Alanine can reduce fatigue, as well as the perception of fatigue, that is, it acts not only on the muscular level but also on the mental level in a positive way. (1)

A comparison was made between HIIT training with and without Beta Alanine for 6 weeks.

Both groups had lower body fat percentage, but the group that used Beta-Alanine also had an increase in muscle mass.(2)

It was also concluded that supplementation with Beta-Alanine more Creatine leads to greater gains in lean mass than just Creatine. (3)

In addition to gains in lean mass, it also brings benefits in terms of endurance and performance. (4)

Finally, Beta-Alanine supplementation was tested in conjunction with resistance training, in which the protocol used was 6 sets of 12 repetitions in the squat. (5)

A difference of 22% in the total number of repetitions, favorable to the group that used Beta Alanine.

There are studies that demonstrate benefits in short-duration exercises, but there are also several that show that this type of activity is not worth it(6), that is, there may or may not be a benefit.

If your goal is to increase lean mass, what you will notice with this supplement is above all a greater ability to get one or two more repetitions in your series, especially if you use higher repetitions.

Less than eight repetitions is probably not worth using this supplement, although there may be advantages, apparently they are not significant, or at least that's what scientific studies say!

Where to buy Beta-Alanine?

You can easily find Beta-Alanine supplements in any supplement store, but as usual, Myprotein combines quality at a good price and is available here the Beta-Alanine of this brand.

How to take Beta-Alanine?

One of the side effects of Beta-Alanine is a tingling sensation in the body, and if you've ever used a pre-workout supplement with Beta-Alanine, you probably already know about this effect.

Calm down? This only happens in some people, and usually in high doses.

In addition, this effect has no negative consequences, it is somewhat harmless.

The ideal if you have this effect, is to divide the dose of Beta-Alanine in several doses throughout the day.

This supplement should preferably be taken with meals as it is most effective this way.

Ideally, it should not be combined with Taurine, as they can ?get in the way? in absorption.

Oh, and you don’t need to use Beta-Alanine in the pre-workout, since its effect is cumulative (similar to Çreactor), and not immediately, that is, if you take it today for the first time the only thing you can notice is the tingling.

You usually start to feel its effects after 1 to 2 weeks, depending on the dose used.

THE Beta Alanine it's a good product. Interesting. But limited like all supplements.

It brings greater benefits to certain groups of people, with certain goals.

But it's one of the few supplements you'll find that studies show that there's actually an advantage to using it.

It's not at the level of Creatine, that's for sure, but as you can see in our article on how to create a pre-workout supplement, it's one of the elements to keep in mind.

Let's say that compared to Creatine, it will possibly be in a second line of supplements to use.

If you are already looking for something in that second line, then you have a good choice here.

Have you tried it?

Leave your opinion in the comments.