All the information about the famous Creatine

In this guide you will get to know not only what Creatine is, but also what it does, how it does it, what are the different types (and the best ones), how to take it and much more.

We also answered some common questions about this supplement and at the end you still have the comments area in case you have any specific questions.

When you hear this name, you probably immediately associate it with its supplement, however, it is present in the meat and fish you consume, and your own body is capable of producing it through some amino acids.

As you may have noticed, it is not a poison produced in the laboratory, but a natural compound that occurs naturally in the human body.

Is it a non-essential organic compound? why is the body able to produce it? with a very important role in energy supply.

What does Creatine do and what is it for?

Creatine after ingestion is stored in the muscles as creatine (Cr) and phosphocreatine (CP).

And what is phosphocreatine?

Phosphocreatine is creatine with a phosphate group, which can supply energy by participating in the ADP-ATP cycle.

First of all, ATP is our immediate energy source, and after being used, it becomes ADP.

What is phosphocreatine going to do?

Phosphocreatine is going to donate a phosphate group to ADP, and so, we get back to ATP quickly to do more repetitions.

There are three energy systems to provide ATP, but the one we use in bodybuilding training is ATP-CP, which is the fastest way to get ATP.

ATP-CP depends on creatine phosphate reserves, which are very low, hence the short duration of this energy system.

By using a Cr supplement, you will increase your creatine phosphate reserves, and thus, you will be able to produce ATP for longer.

This is the great benefit of supplementation.

Another benefit, is the increase of water inside the muscles.

This will not only give your muscles greater volume, but it will also help with muscle growth. (ref)

So but?does it really work?

Let's see what the studies tell us.

Five days of Cr supplementation increased body weight and fat-free body mass in resistance-trained men who were classified as responders.

Maximum strength, and total strength during a maximal bench press isometric test were also significantly higher in the responders compared to the placebo group This is the most common form of creatine, and also the one that serves as a benchmark for quality and effectiveness.

Most studies on the benefits of this supplement use the monohydrate form.

CM is composed of 88% creatine (12% is monohydrate), and can also be micronized, thus reducing particle size, and increasing water solubility.

There is also the Creapure form, which although it is only CM, is a patented form with strict quality standards, and is often chosen in scientific studies.

The EEC was an attempt to develop a superior alternative to the monohydrate form, and is probably the biggest let down of all the alternatives.

Not only is this type not superior to MC, but the different studies that were eventually published in relation to this formula show that it is much inferior. (ref)

EEC is easily converted to creatinine, not creatine, so it is a formula to avoid. (ref)

This is yet another form of creatine supplementation, and fortunately, it is not very popular.

The liquid version suffers from the same ailment as CEE, that is, it is easily converted to creatinine, but in a different way.

Creatine when in a liquid state for several days is converted to creatinine and thus loses the benefits that would be expected from this supplementation.

Kre-Alkalyn is a patented form of CM, where the difference is the pH, which in this case is higher.

This formula has been promoted (and still is) for some time due to its supposed higher absorption, greater increase in muscle creatine and fewer side effects, in addition to which a lower dose would be necessary to obtain these results.

Unfortunately this is not true and This one study shows that there is no advantage to using the Kre-Alkalyn form over normal CM.

Creatine citrate is more water soluble than monohydrate, however, this does not have much of an impact on the effectiveness of the supplement.

This one study shows that there is no significant difference between supplementation with creatine citrate and creatine monohydrate.

It is practically equivalent in results to the CM.

Like the citrate form, the malate version is more soluble in water than the CM, however, there are no studies showing that this formula is superior to the classic monohydrate.

It is most likely similar, as is the citrate variant.

This is a form that has been promoted recently, as supposedly superior (as always) in relation to CM, due to its supposed higher bioavailability.

Theoretically the only advantage that this form could have would be the need for a lower dose in relation to CM, however, there are no studies to prove this supposed advantage.

Best creatine, which is it?

Not only is it the most studied, with its proven effectiveness, it is also extremely cheap.

you find it easily here.

While this article is about creatine in general, from here on we'll focus on the monohydrate form, as it's the most studied form and probably the best choice.

how to take creatine

Often the so-called loading phase is used in creatine supplementation.

This loading phase consists of using a high dose of this supplement during the first 5 days, to ?fill? reserves in the muscle more quickly, and thus start to get results faster.

The charging phase is not mandatory, it just makes you start to notice effects more quickly.

To carry out the loading phase, during the first 5 days of supplementation, use a 20g dose, separated into 4 doses. That is, you will take 4 times 5g of creatine throughout the day, for 5 days.

After that, you move on to the maintenance phase.

What dose should I take?

After the 5 days of the loading phase, in which you use 20 grams per day, the dose changes to 3-6g, once a day.

If you do not intend to do the loading phase, start with this dose.

The most common number is usually 5g, however, if you are very thin, just 3g to 4g will give you good results, while if you are heavier, you can use 6g.

It is important to highlight, supplementation is done every day, that is, nothing to take only on training days.

When should I take creatine?

Creatine after training is the best time to use it, preferably with a whey protein and simple carbohydrates such as dextrose or maltodextrin.

This is the time when you will get the best results, due to the action of insulin. (ref)

A good post-workout would be a shake with whey protein, maltodextrin / dextrose and creatine.

On a non-training day, you can have it at any meal, preferably with carbohydrates and proteins. 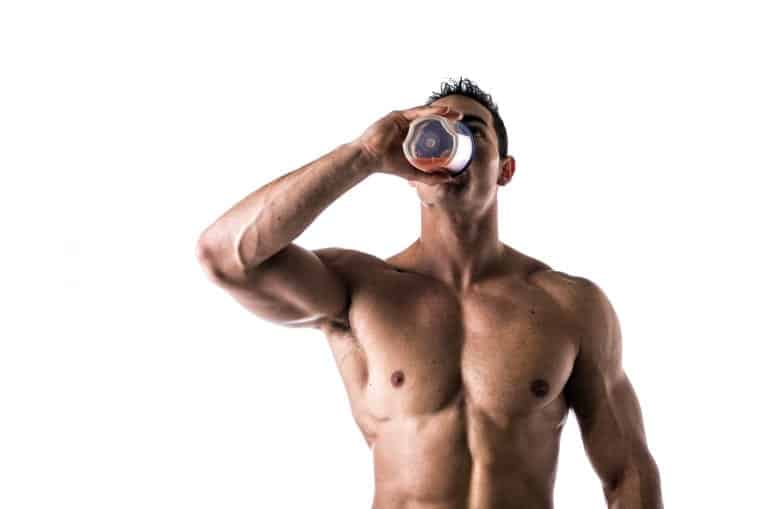 How long do I take?

There are several protocols for using this supplement, however, there is no ideal protocol, and no perfect duration.

The most common is to see cycles of 4 to 8 weeks, however, it is not mandatory to stop creatine supplementation after 8 weeks.

It is possible to continue for longer, as long as the recommended doses are respected.

That is, if you are enjoying the results, you can continue supplementation for more than 8 weeks.

Creatine is considered a safe supplement in healthy people, and according to This one study, even after 21 months of taking this substance continuously, there was no problem.

The side effects that can occur usually occur when the dose is too high or the water consumption is very low.

These side effects usually go through nausea and diarrhea.

Ah, but I was told it is bad for the kidneys, is it true?

No, according to This one study, after 12 weeks of supplementation, there was no kidney problem.

And the liver, are you going to kill my liver?

Nor, according to This one study, there was no problem with either the kidneys or the liver in the long run.

Important: This applies to healthy people, people with existing problems should consult their doctor before trying this supplement.

Creatine is an osmotically active substance, and when it is stored within the muscles, it ?drags? water with you.

It is normal for you to gain 1-2kg at the beginning due to water retention within the muscle. (ref)

Consume at least 2 liters of water per day.

What to expect from creatine?

If you have never used this supplement, you are probably curious as to what it can do for you in practice.

After that, thanks to the strength increases, you will also gain weight in muscle mass, if you follow it with a good diet.

Important: Creatine is not an anabolic steroid, so don't expect similar results. 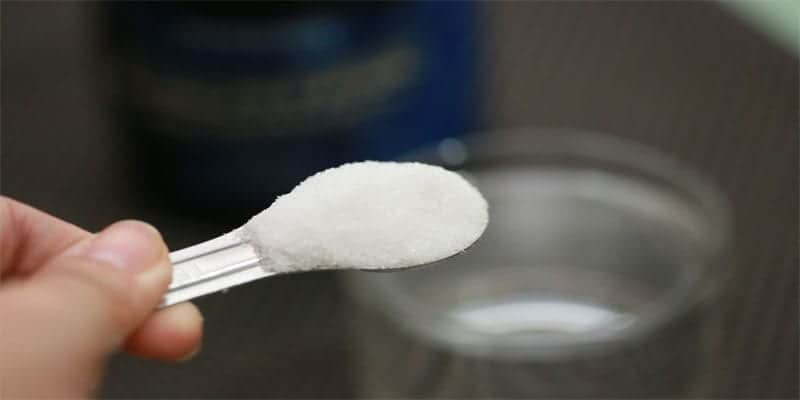 And when to stop taking it?

First of all, when you stop taking high reserves for 30 days or more, that is, during that period you continue to benefit from this supplementation.ref)

What will happen eventually when the reserves return to normal is:

When you get your creatine levels back to normal, you will end up missing out on the great benefit of this supplement in the ADP-ATP cycle.

However, it is likely that the strength you have at the end of the cycle of this supplement, will be greater than you had at the beginning.

And finally, the muscle gains you make while supplementing won't go away when you're done.

You only lose some muscle volume due to the increase in water in the muscle caused by this supplement.

There is no problem taking this supplement before training, just don't expect immediate action, because it doesn't work that way.

Unlike caffeine, which has an immediate effect and takes advantage of that effect in the workout of the day, creatine works cumulatively.

It's like you're filling a swimming pool with water.

You fill it up slowly, and when it's full, then yes, you can dive and swim, that is, take advantage of the pool.

In this supplement, you fill your creatine and phosphocreatine stores slowly, and when they are full, you reap the full benefits.

Don't expect to fill up your reserves in a day or two.

How long before you notice effects?

The benefits begin to appear after 1 to 2 weeks.

It is also important to note that there are people who do not respond to creatine supplementation.

Creatine is probably the most effective supplement on the market for those looking to increase muscle mass.

In addition to being the most effective, it is also inexpensive and combines well with other supplements, such as whey for example.

If your goal is to increase muscle mass, supplementation with Creatine is undoubtedly a good bet.

If you have any questions, use the comment area below.