In category 212, Flex Lewis was once again champion.

In fourth place was the athlete David Henry, who had taken the ninth position in 2014.

To close the Top 5, was Eduardo Correa, Brazilian athlete who had been in the second position last year.

All participants and their classifications in category 212. 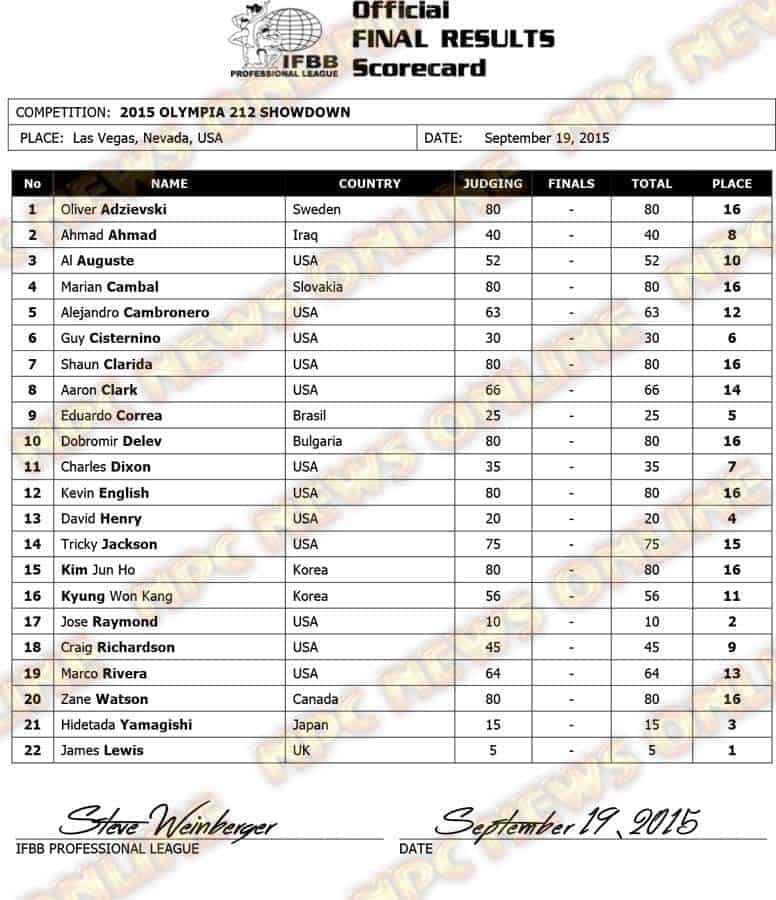 Photos by muscledevelopment.com and results by npcnewsonline.com

The best exercises for your workout

The 6 best back exercises