ZMA, the supplement that is supposed to increase Testosterone levels.

ZMA is a supplement composed of two minerals, the Zinc it's the Magnesium, and a vitamin, Vitamin B6.

It is promoted as a natural anabolic, meaning it theoretically increases testosterone levels naturally. At least that's what the brands say!

In addition, in theory, it can improve recovery, improve sleep quality and also make gains in sports performance.

It really sounds like an amazing supplement, but… is it really?

We decided to analyze these benefits in detail and see if the ZMA really delivers what it promises.

We start by making a short presentation of each of the ingredients in this supplement, and then yes, realizing how effective ZMA is for those who walk in the gym.

Note: Some benefits are intrinsically linked, an increase in testosterone will lead to better recovery. In addition, studies on the ZMA supplement are scarce, so we have also analyzed several studies on the ingredients separately.

We started by talking about Zinc.

Zinc is one of the 24 micronutrients essential for survival and is found, for example, in meat and eggs.

Zinc is easily lost with sweat, and can be a smart supplement for people who sweat a lot during training, or during exercise. summer, where temperatures rise.

The most common dose found in ZMA formulas is 30mg.

We now turn to Magnesium.

Magnesium is also a mineral and is the second most common deficiency in developed countries, surpassed only by Vitamin D.

It is the second electrolyte with the greatest presence in the human body, and in food it is found mainly in dried fruits and vegetables.

The most common dose found in ZMA supplements is 450mg.

Avoid formulas that use magnesium oxide, as it is a less efficient form of magnesium, and more likely to have laxative effects, being even used for this purpose.

Finally, we have Vitamin B6 which is one of the vitamins of the B vitamin complex.

This vitamin is found mainly in meat and the dose found in ZMA supplements is usually of 10.5mg.

It is an important cofactor in the metabolism of carbohydrates, proteins and fats. 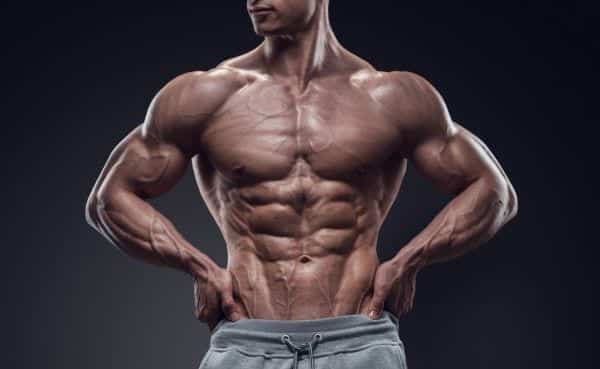 ZMA can indeed increase testosterone levels, but…only in some people.

Testosterone as you know is the main male hormone, and plays a huge role in anabolism, which in other words means…gain lean mass!

Zinc deficiency can reduce the expression of androgen receptors and the synthesis of testosterone in cells. (1)

It means that if you are deficient in Zinc, your testosterone levels drop and may even increase your estrogen levels (1).

That said, although Zinc supplementation in people deficient in this mineral leads to increases in testosterone levels, this apparently does not happen in healthy people without any deficiency.

Let's take a look at some studies.

In this study (2), healthy men who practice regular physical exercise did not experience any increase in testosterone with the use of ZMA.

In another study, this time on infertile men, those who had low testosterone levels had an increase in this hormone, whereas those who had normal levels did not have any increase. (3)

In another study, they concluded that supplementation with Zinc, after four weeks of intense exercise, helps to maintain not only normal testosterone levels, but also thyroid levels. (4)

In addition to Zinc, Magnesium may also play a positive role in testosterone levels, albeit minimal. (5)

As for the increase in testosterone levels in healthy people, and with a diet that contains sufficient levels of Zinc, it does not seem very likely that this will happen.

Magnesium helps to regulate muscle contraction, and the depletion of this mineral can cause not only collagen but also muscle pain (6), so avoiding a magnesium deficiency alone is essential for good muscle strength and strength.

Magnesium is the second most common deficiency in developed countries, but what if you don't have any magnesium deficiency?

In a study of active women with magnesium oxide, magnesium levels increased, but there was no significant impact on performance (7).

In another more rigorous study, supplementation with high doses of magnesium four weeks before a triathlon event significantly improved sports performance in these athletes (8).

Finally, supplementation with ZMA had no significant impact on strength or anabolism compared to the group that did not use ZMA for an eight-week period. (9)

Therefore, apparently the benefits of this supplementation in terms of performance seem to be somewhat questionable. 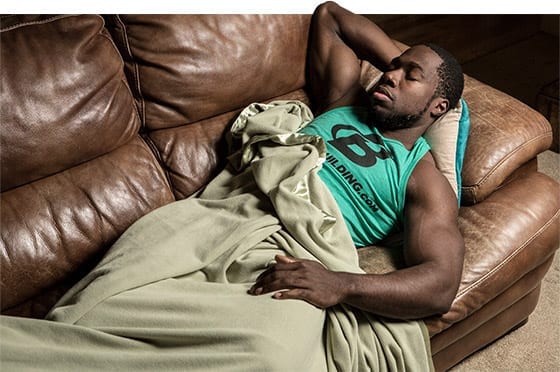 To conclude, let's look at the benefits of ZMA in sleep.

Magnesium can have a sedative effect, especially in people with a deficiency of this mineral, which can facilitate entry into sleep.

In addition, it appears to have a slightly anxiolytic effect, which can in fact make it easier to fall asleep, especially during periods of stress (10).

So, if you have problems with insomnia due to a magnesium deficiency or stress, being able to fall asleep faster will lead to you sleeping more hours, and consequently a better recovery and a better hormonal response. That is, indirectly there may be benefits here for testosterone levels.

But, and you have no trouble falling asleep, does ZMA do anything for you?

Studies that analyze the impact of magnesium on sleep quality are done in older populations, but show that in people with a deficiency of this mineral, magnesium supplementation does improve the quality of sleep, and in healthy people, it mitigates the negative impact that the aging process has sleep. (11) (12)

Attention, these effects are in older populations (55+), so it may not translate to young and healthy populations.

One of the most common comments from those who start supplementation with ZMA, is a deeper and more restful sleep, so here there may indirectly be a positive effect at various levels for those who do gym training.

Vitamin B6 is the most difficult ingredient to justify in this formula, and it does not even appear in the name of the supplement unlike Zinc and Magnesium.

This vitamin plays an important role in the functioning of certain enzymes, and will help above all in recovery and sleep.

Vitamin B6 is an essential cofactor in the production of several neurotransmitters, including Serotonin and GABA.

It is one of the reasons why certain people with ZMA supplementation report deeper sleep, more intense dreams or a higher level of energy and good mood during the day, since the levels of several neurotransmitters are optimized with this vitamin. 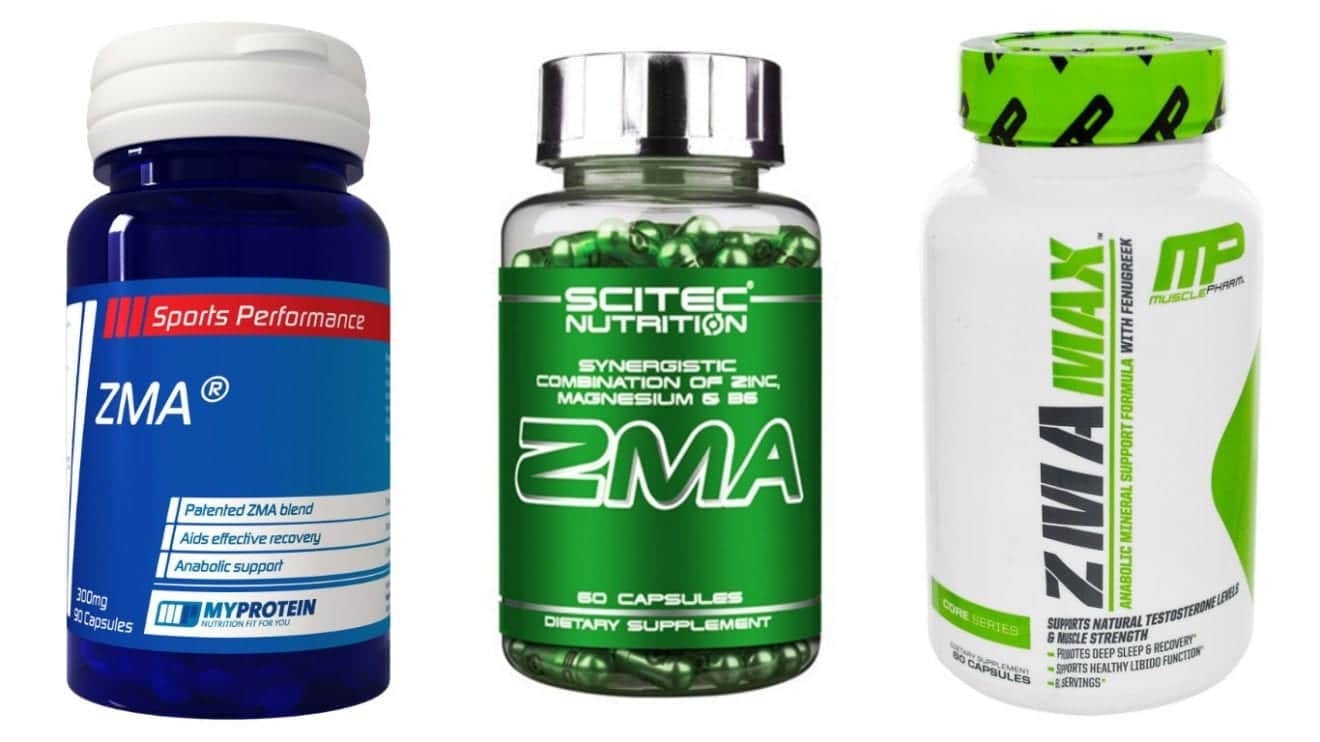 Supplementation with ZMA is done before bed, preferably away from meals, as you should not mix this supplement with food or supplements that contain Calcium or Iron, because they can impair its absorption.

Do not forget to look at the label and choose a supplement that does not use magnesium in the form of oxide, as it is less effective. Magnesium citrate for example is a good choice.

Is the ZMA worth it?

It depends on expectations.

If you are looking for a direct and significant increase in testosterone, this will only happen if you have a Zinc deficiency.

However, improving sleep quality alone can lead to many benefits, and maintaining testosterone levels for those who do very intense workouts is also a plus.

There is no magical synergy between these three ingredients and it is far from being considered an essential supplement, although it is useful in some cases.

Have you used it? Leave your opinion in the comments.